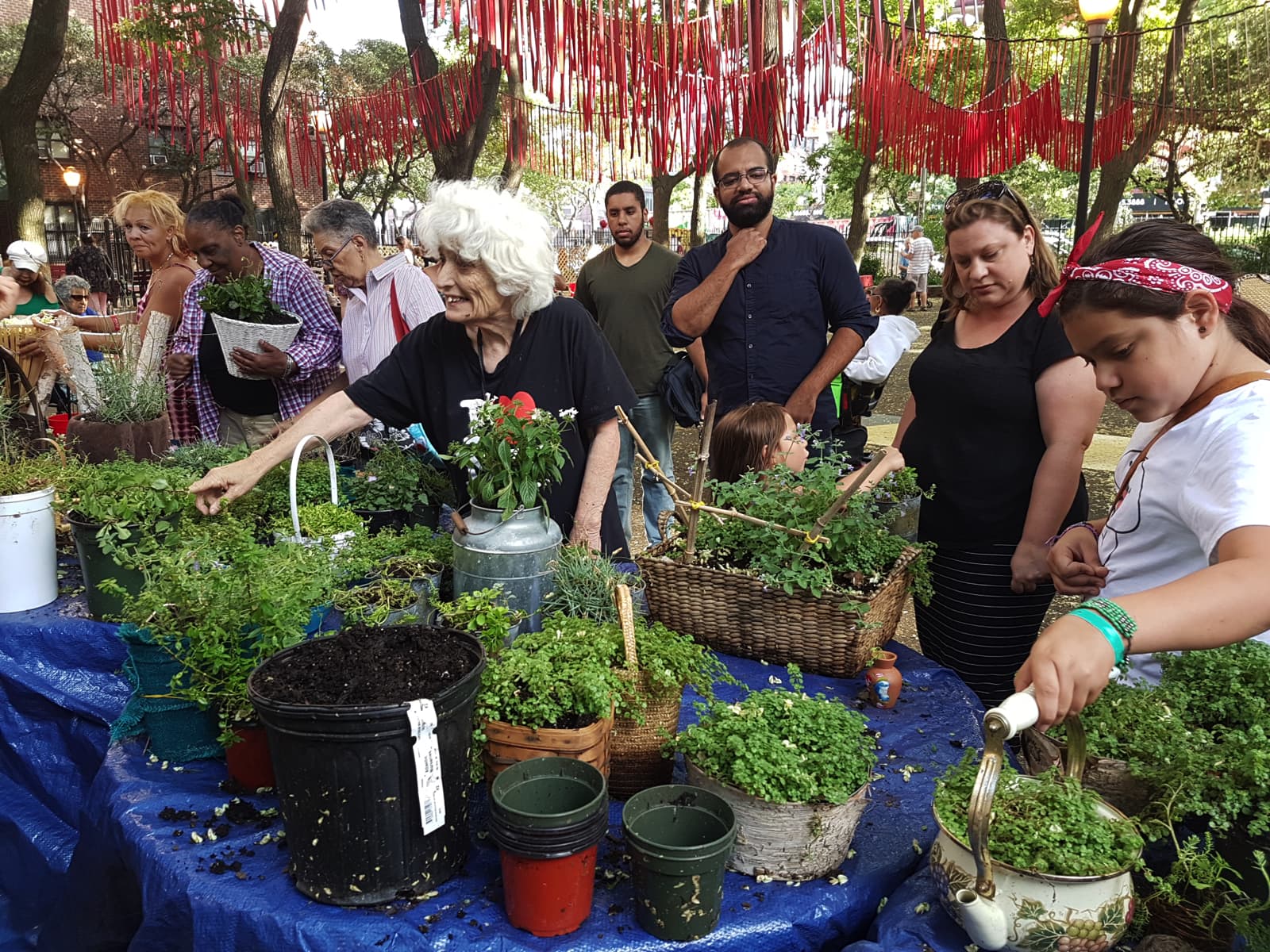 Are you ready for our Thursday arvo double whamming?

Placemaking tips and tricks, and potholes to be avoided! Don’t miss Tools for Digital Placemaking: Avoiding Digital Disasters! Or Beyond Tabula Rasa: Towards Deeper Place Engagement in Outer Suburbs.

Find out more about the expert panel for both:

Placemaking can be hard or soft, it can be static or active, it can be engaged with on different levels. There is also a multitude of digital placemaking technologies entering the public realm. As with most technology we are quickly discovering the power for both good and ill.

City of Greater Dandenong and Development Victoria’s 20 year central Dandenong revitalisation project.  Which includes the Lonsdale st. redevelopment, Halpin Way and the Dandenong station precinct. The historic narrative and community led visions that have informed the design processes of spaces such as their Afghan and Indian cultural precincts. The measures CGD uses to track their space’s progress and plan interventions accordingly; behaviour mapping, Place Scores and pedestrian movement studies. And finally; the creation of their Civic Plazas in Harmony Square and the upcoming Springvale Community Precinct.

Matt Jones Urban Screen Productions – Matt is a public place leader with two decades’ experience working in leadership, strategic and delivery roles in world-class public precincts. Full Bio Our preeminent public spaces are now fully tech-enabled environments. You may or may not remember that incident where Yagan Square screens were ‘compromised’ and displayed a certain pornographic website for longer than authorities were comfortable with. With extensive digital programming experience working at Fed Square and beyond Matt will share inside perspective on ‘digital disasters in public space’ and provide advice on doing it right.

Dr Niels Wouters Niels Wouters is Head of Research and Emerging Practice for Science Gallery Melbourne, and Research Fellow in the Interaction Design Lab at the University of Melbourne. In his role, he promotes collisions between arts and science as a mechanism to expose the breadth of STEM (Science, Technology, Engineering and Mathematics). His research practice in Human-Computer Interaction revolves around the democratization of technology and social empowerment through situated forms of media architecture. Recent projects include Biometric Mirror (on ethics of Artificial Intelligence and automated decision-making), Stories of Exile (on empowering refugees to share personal narratives and supporting intercommunity dialogue), Encounters (on stimulating audience engagement with interactive installations) and StreetTalk (on designing meaningful technology for social interaction). Niels acquired a PhD in Architectural Engineering and holds degrees in Architectural Design, Computer Science and Human-Computer Interaction. Niels’ work is regularly featured in national and international media, highlighting the impact of new technology on urban life. Most recently, this has included pieces in The Sydney Morning Herald, ABC, BBC, The Washington Times, World Economic Forum, Dazed Digital and CNN.

Tim Hunt – Melbourne Lighting Leader, Arup With a background in industrial design, Tim Hunt leads Arup’s lighting team in Melbourne. Tim likes to innovate and challenge the norm to find new ways of approaching problems, through creativity, research, testing and embracing new technologies. In his time at Arup, Tim has worked in the Sydney, London and Melbourne offices. This has given him both local and international experience on several wide ranging lighting projects including concept design for airports, detailed design in award winning workplaces, international retail lighting experience, and the design, fabrication and commissioning of light art installations. This diverse, international portfolio has provided Tim with the ability to develop strong relationships and build trust with his clients, allowing him to work with them to solve challenges and help create inspiring spaces after dark. Trained as an Industrial Designer, Tim has a solid understanding of the holistic design process, from client facing presentations and initial conceptualisation, drawing and specification documents, custom luminaire design to dealing with contractors and commissioning.

James Berrett is the Discipline Coordinator of Digital Media Design in the School of Design at Swinburne University of Technology. He is the Theme Leader of Public Media Spaces in the Swinburne Smart Cities Research Institute. His research explores all forms of digital media content, its integration with the urban environment and the impact on its audience. James has over a decade of experience in creative industries spanning design, digital art, film, television and games. Recent projects include the 664 Collins Media Wall (on visualising stories hidden within big urban data) and Watershed at Melbourne Knowledge Week 2018 (on combining image processing, movement and light with physical structures to connect public space).

Beyond Tabula Rasa: Towards Deeper Place Engagement in Outer Suburbs

As our cities continue to ooze ever outward, and fill in the gaps between hitherto disparate, metropolitan regions, how do we ensure that new residents develop a sense of belonging and connection need to ensure civic pride and agency? When the public realm dramatically evolves, and houses start to be filled with people who have come from near and far, how is a unique and binding sense of community brought to a place; celebrating a major section of a metropolis  in its new form, and people and all their evident diversity?

Matt Jones will also join our second panel and be joined by:

Thomas Dawe – Urban Screen Coordinator, City of Greater Dandenong. Thomas considers himself a ‘Creative Technologist’, working at the intersection of public space programming, digital placemaking, film production, communications, community and technology. Working primarily as a Communications Coordinator for the City of Greater Dandenong requires him to employ new media heavily in an attempt to engage and interact with the nation’s most culturally diverse municipality.  Greater Dandenong’s content collaborations have resulted in film and media productions that have been recognised at some of the world’s most prestigious film festivals, including taking out the Short Film Palme D’Or at Cannes in 2018. Thomas also heads up his own niche consultancy – Lux Consulting, specialising in technology for public space, where he calls on his years working in the broadcast technology sector to deliver engagement platforms for venues across Australia and the world. He has been involved in technology projects at venues such as Federation Square, The Arts Centre Melbourne, Bunjil Place and the soon to be launched Mount Pleasant Video Art screen in Vancouver, Canada.  He is also currently working on Australia’s first locally networked Urban screen environment between the new Springvale Cultural Precinct and Harmony Square in Dandenong.

Jenny Pemberton – Webb – Urban Screen Coordinator, City of Greater Dandenong. Jenny Pemberton-Webb has over 20 years local government experience and was the City of Greater Dandenong’s first Place Manager.  She is implementing a sustainable place making program in a principal activity centre in partnership with the state government’s $290 million revitalization.  Jenny leverages her role to embed place making principles and measures by involving the community in the planning and production of their spaces. Initiatives that celebrate local narratives, build on the cities many cultural identities and honour its place in history, form a strong thematic for many of the place based projects.  These are delivered with an eye for strategy and a drive for practical outcomes.

Matt Novacevski is a planner, placemaker and academic whose work focuses on developing ways of engaging with place at a deeper level. Matt tutors at the University of Melbourne, where he is completing a PhD drawing on western and Indigenous place ontologies to develop a framework for evaluating placemaking activity. His Masters thesis on place identity in peri-urban growth areas received a commendation from the Planning Institute of Australia in 2016, and his work has also involved developing place-based ecological frameworks for small-town planning.